“ Josh Deaton co-founded DeliveryMaxx with the intention of changing the way the automotive industry conducts business.  ” 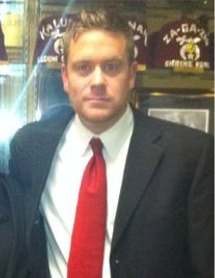 As the CEO of DeliveryMaxx, Deaton’s vision and passion have turned the dream into a reality. DeliveryMaxx is turning the Automotive World upside down helping the dealership turn a “one-time customer” into a “life-time customer”. DeliveryMaxx enables dealerships to motivate their customers to become personal social media billboards, by advertising their outstanding experience to thousands of their friends and family. DeliveryMaxx is able to capture the memory of the actual delivery in a photo and have the image spread viral within seconds. This process helps with Image & Branding, Increased Sales, Higher CSI Scores, Additional Sales & Referrals, and Greater Revenue for Fixed Operations.

Deaton’s outstanding automotive knowledge and managerial achievements have been honored by industry and business leaders, including one of the largest publicly traded automotive companies in the world, Sonic Automotive. Deaton was named “Best of the Best” in 2005 as their highest valued and most respected Manager in the organization.

Deaton worked at Lute Riley Honda, one of Sonic Automotive’s premiere dealerships. He held just about every position including consecutive “Salesman of the Month”, Top grossing Business Manager, Top Grossing Sales Manager and voted “Best of the Best” as the New Car Director. While in-charge, Deaton implemented a unique process that increased revenue, CSI scores and Sales, putting Lute Riley Honda at the top of the charts. In doing so, Lute Riley Honda won 2 consecutive Presidential Awards which are only awarded to the top dealerships for Honda. This is the equivalent to winning the Super Bowl and to do it two years in a row is a top feat in itself.

Mr. Deaton was named “The Best of The Best” by Sonic Automotive. Sonic Automotive (SAH) is recognized worldwide as the leader in the automotive industry. Their organization owns more than 120 new- and used-vehicle dealerships and 25 collision repair centers in 15 states. Lute Riley Honda was Sonic Automotive top performing store under Mr. Deaton’s leadership.

Deaton loves a challenge and wanted to see if he could do the same thing at other dealerships. He was offered the position of New Car Director at David McDavid Honda of Frisco. His first month at the helm, the dealership went from ranking number 15-25 in volume to number one in the State of Texas, beating Lute Riley Honda and at the same time winning the prestigious Presidents Award again. Soon the dealership was ranking in the top 5 highest volume dealerships in the United States.
Deaton has always been the leader in the industry. As a General Sales Manager Acura in Phoenix Arizona, he implemented many new strategies and processes that many dealerships follow to this day.

Josh, now brings the same leadership and vision, that made him successful at the dealership level, to DeliveryMaxx, providing outstanding services to the entire automotive world. DeliveryMaxx provides dealers with cutting edge technology that ensures that the dealership is getting maximum exposure and creating a long lasting bond with their customers. This will keep them as customers of the dealership for life!

Deaton was born in Dallas Texas and graduated from the United States Marine Corp., boot camp as a Marine Infantryman. Deaton was awarded the position as Guide and ran his Platoon during training. Deaton was honored as the top in his class with the highest rifle and pistol scores in the division. Mr. Deaton then was asked to try out for the C.Q.B. (Close Quarters Battalion) where he was honored to train with the FBI to protect National Security.
Josh Deaton
Chief Executive Officer
DeliveryMaxx