“ James Schaefer has led DeliveryMaxx into one of the fastest growing Automotive Customer Loyalty & Marketing Companies in the Nation. DeliveryMaxx sets the bar providing automotive dealerships with innovative solutions winning customers for life.  ” 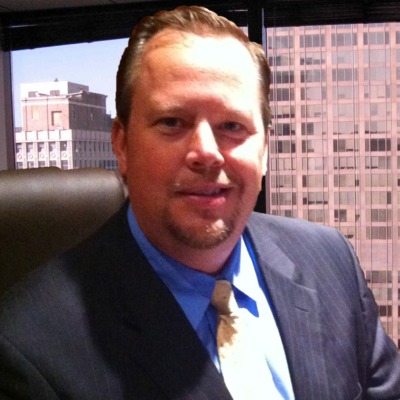 James Schaefer is the muscle behind DeliveryMaxx. He has guided the company to 3 consecutive years of 100% growth, helping DeliveryMaxx evolve into one of the fastest growing Automotive Customer Loyalty and Marketing Companies in the country. James believes that DeliveryMaxx is only as good as the people that comprise the management team and values everyone for the expertise they bring every day. His vision is for DeliveryMaxx to continue to set the bar as leaders in providing automotive dealerships with innovative solutions that turn one-time customers into a “Life-Time Customer.”

James was born in Dallas, Texas and has been a resident of Dallas, Tarrant, or Rockwall County since 1996. He currently resides in Rockwall, Texas. Mr. Schaefer is a 1996 graduate of Stephen F. Austin State University with a major in Political Science and Minor in Business.

James has been employed with Universal Technical Institute (UTI), Alta Colleges, and Combustion Media. He has started four companies in addition to being a Co-Founder of DeliveryMaxx.

During his tenure with UTI Mr. Schaefer served as a Field Sales Representative, Change Leader, and Regional Sales Director and gained experience in sales, management, training, public relations, marketing, human resources, and an understanding of the vocational needs in America. He received many awards year after year as one of the top representatives and was promoted to a Regional Admissions Director. While in management his team of representatives became one of the top teams in the organization.

Universal Technical Institute is the leading provider of Technical Training in the fields of Automotive, Diesel, and Collision Repair. UTI has entered into partnerships with NASCAR, Mercedes Benz, Audi, Porsche, Ford, Toyota, Lexus, International Trucks, Volvo, Nissan, and Volkswagen. They have a sales force of 270 representatives responsible for the growth (enrollments) of UTI.

After leaving UTI, Mr. Schaefer joined Alta Colleges as a Regional Director of Admissions and quickly became a leader within the organization. Alta Colleges eventually modeled their assessment test for managers after Mr. Schaefer, because of his leadership qualities in motivating and turning around underperforming sales teams. Mr. Schaefer earned multiple awards and was appointed to the Leadership Counsel.

Alta Colleges is a for profit educational institute specializing in CAD, Graphic Design, and Computer Science.

Mr. Schaefer then embarked on a new challenge outside of the education industry. James joined Combustion Media as the Vice President of Sales and quickly moved up within the company to the role of Senior Vice President of Sales and Marketing, as well as the Secretary to the Board of Directors. During his tenure with Combustion Media, James led the organization through an unprecedented growth by developing marketing programs in Social Media and the Professional Sports arenas.

Through his business negotiations James has been involved with some of the world’s business and political leaders, such as Steve Forbes, Senator Mitchell, Alexander Muse, Jack Furst and former Governor Mitt Romney.

Mr. Schaefer has received many honors serving the public, including being awarded the Eisenhower Commission in recognition of a lifetime of dedication and unstinting support of the National Republican Party, which was signed by President Gerald Ford, President Ronald Reagan, President George H.W. Bush, and President George W. Bush. He was also awarded the Republican Senatorial Medal of Freedom for his efforts in pursuit of smaller government, a strong military, lower taxes and a rebirth of the American spirit that our country was founded on. In 2003, Mr. Schaefer was awarded Businessman of the Year by the Congressional Committees Business Advisory Counsel, and the Republican of the Year by the National Republican Congressional Committee.

In 2009, James co-founded DeliveryMaxx with Joshua Deaton. Sharing Josh’s vision of a customer retention program aimed at improving the automotive industry, James seized the opportunity and together they developed DeliveryMaxx! DeliveryMaxx has evolved from a high end customer loyalty and retention program into a company that incorporates a blend of traditional marketing techniques and modern innovations, including Social Media, that document and visually capture images of customers at the most positive time, during the sales process.