“ Mark Birdsall is founder and managing editor of Eye Spy Intelligence Magazine - the world’s only independent newsstand publication devoted to intelligence and espionage. ” 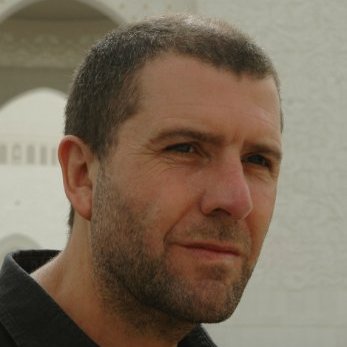 Mark Birdsall is founder and editor of Eye Spy Intelligence Magazine - the world’s only independent newsstand publication devoted to intelligence and its numerous elements. He has worked as an investigative journalist, analyst and espionage writer for 35 years producing over 1,500 reports associated with the subject. His speciality lies in the working mechanism of the intelligence services and has extensive knowledge and liaisons with many government organisations, senior officials and former intelligence officers.

Through proper, non-political and unbiased reporting, he has secured the cooperation of many government offices, intelligence bodies, security services and military organs. This has enabled Eye Spy unique access to information often beyond the reach of media organisations. Eye Spy is subscribed to by over 500 international government agencies and is used as an educational and training publication. It is available on the newsstands in over 50 countries.

Mark has had input and provided guidance to numerous international media productions from film, television and radio to publications featuring intelligence and espionage; this from a modern, current, historical and future perspective. In 2009, Mark authored 'An Insider’s Guide to 150 Spy Sites in London’. This provided visitors to London with a candid 100-year history of British Intelligence and allowed them to visit many locations associated with the subject. This year, Mark published an updated edition - ‘500 Spy Sites in London’ - this after an extensive research programme and new input by former intelligence officers.