medical research journalist; Director of the 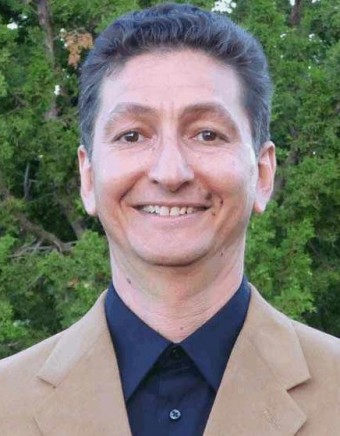 Neil Z. Miller is a medical research journalist and the Director of the
Thinktwice Global Vaccine Institute. He has devoted the last 25 years to
educating parents and health practitioners about vaccines, encouraging
informed consent and non-mandatory laws. He is the author of several
books on vaccines, including Vaccine Safety Manual for Concerned Families
and Health Practitioners; Make an Informed Vaccine Decision for the
Health of Your Child (with Dr. Mayer Eisenstein); Vaccines: Are They
Really Safe and Effective? and Vaccines, Autism and Childhood Disorders.
He gives talks on vaccines both locally and nationally. Past organizations
that he has lectured for include Autism One/Generation Rescue, the Hahnemann Academy of North America, the University of Virginia, and the New Mexico Chiropractic Association (continuing education program). He is a frequent guest on radio and TV talk shows, including PBS, Phil Donahue, and Montel Williams. Mr. Miller has a degree in psychology and is a member of Mensa. His children, who are now young adults, were born at home and not vaccinated. He lives in Northern New Mexico.

Mr. Miller began his crusade against mandatory vaccines when his son was born. Very little data could be found on this topic. His search for the truth led him to scientific journals. There he discovered numerous studies warning medical practitioners that vaccines are often unsafe and ineffective. His shock and anger at the suppression of this information culminated in his passionate advocacy of health freedom and informed parenting options.

Mr. Miller is a health pioneer who presented documentation about vaccine safety and efficacy problems long before these concerns were made public. For example, more than 20 years ago he wrote about toxic mercury being put into childhood vaccines and provided evidence linking vaccines and autism.

During the past decade, cases of autism skyrocketed by more than 500 percent. In the United States, one of every 91 children is autistic. Recently, Congress commanded the FDA to remove mercury from vaccines, and new studies by world-renowned scientists confirmed a vaccine-autism link.

Despite the many problems revealed in Mr. Miller’s research, he never tells parents to reject the shots:

Every year, more than 12,000 people in the United States report serious adverse reactions to mandated vaccines. Many of these cases of vaccine damage occur in infants and children. The FDA estimates that this represents just 10 percent of the true rate. Yet, even these figures pale in comparison to the number of cases of new diseases now being scientifically linked to inoculations: polio vaccines and cancer, the hepatitis B vaccine and multiple sclerosis, the Hib vaccine and diabetes, to name just a few. This is why I am opposed to mandatory vaccines. I do not recommend for or against the shots. I want everyone to think through this enigmatic and controversial
subject on their own. I believe that parents are capable of obtaining the facts and making knowledgeable choices regarding the care and welfare of their children.

Mr. Miller has publicly debated the pros and cons of mandatory vaccines with several pediatricians and other health practitioners, including the chief medical epidemiologist for the National Immunization program at the Centers for Disease Control and Prevention (CDC). He conducts lectures throughout the United States and is available to discuss his research on vaccines.
Neil Z Miller
medical research journalist; Director of the
Neil Z. Miller/Gary S. Goldman