“ When Jackie Wright takes on any job, her goal is to empower an organization to tell its stories with passion through media and public engagement. She works with a company to ensure that its staff experts harness their power to achieve goals. ” 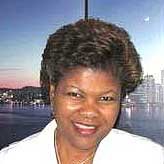 Jackie Wright is the president of Wright Enterprises, a full service public relations firm serving the corporate, non-profit and government sectors nationally and internationally. A seasoned media and public relations professional, Wright has 20 years of media experience, including more than a decade of award-winning journalism experience in radio, television a print and Internet communications. She is a graduate of the University of Georgia’s Henry W. Grady School of Journalism, home of the prestigious George Foster Peabody Awards.

During a time of high visibility and national media scrutiny for the San Francisco Unified School District, Wright developed the crisis communication plan and set up systems to handle the 9-11-2001 Crisis and the high volume media calls over a five month period from local, national and international media about the controversial Edison Charter School. Wright successfully worked with staff to maintain a consistent message of the District’s concern for the "well being of all students" as the charter school through deliberation by the local board of education transferred to the State. Aside from the media focus on controversy, Wright strategically improved the District’s website to give an overall balanced look at the District’s operations. In addition, Wright developed the communication plan for the District’s new academic plan "Excellence For All" which was rolled-out over a 30 day period with attendance at meetings of over 3,000 people resulting in written input from 2,500 people. The written feedback was used to improve the plan, which was filed in U.S. Federal Court and approved. The communication plan was presented at a national association of education public relations directors in Minneapolis as an example of a successful education communication campaign.

While at the American Red Cross, Wright was a member of the Executive Management Team of the Bay Area Chapter, serving as Executive Officer for San Francisco County. She worked her way through the ranks over a 10-year period from a Media Relations Associate to the Director of Special Events to ultimately, San Francisco County Executive Officer. In addition to her leadership as an Executive Officer responsible for budget development and management, program oversight, fund-raising, board development, government relations interfacing with city, state, and national politicians, and community relations, Wright served on the elite National Red Cross Headquarters’ Rapid Response Team. As a member of the team, Wright worked during major national disasters responding to national media and managed International Services news.