“ Veteran USAF Staff Sergeant Cal Nguyen has been filming since 2011. He has been an actor since 1999 working in Hollywood. His premiere hit TV series "Day Zero" has won over 35 film awards to include 3 Telly Awards in a span of 1 year. ” 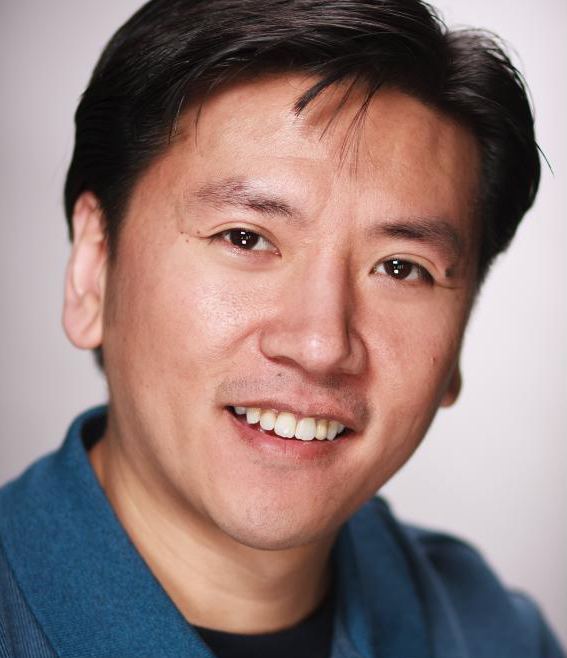 After separating from military service, he shortly nabbed short film roles ("Funeral Detail", "Voice", "Escape from Paper City", "Pragmatic Repudiation"), while returning to acting workshops, where the filmmaking bug bit him. Cal's breakthrough was when he booked a lead, series regular spot as "Jim Lecter" in the post-apocalyptic web TV series, "Day Zero", which, after buying the script rights in 2011, he became the show-runner all the while continuing his role as Jim. The pilot episode "Lethal" alone earned him eight filmmaker awards in 2012 throughout the festival circuit and since then, the series completed two seasons worth 10 episodes each, and has earned over 55+ film fest awards to include Tellys and is now available on Amazon, IndieFlix and Tuff TV.

Since "Day Zero", he has delved into investing in other filmmakers' projects, becoming an executive producer of the short "Ascend" by Denver James Harward (Cal also appeared as a "Guard" in a bit player role). He also is a co-executive producer for Rob Diamond's "Sacred Vow" as well as "Wayward: The Prodigal Son" feature film where he also performed a minor supporting role as "Terrance" the high-rolling poker player. He continued this double duty on the feature "Love Everlasting" (Lucky Blue Smith, Emily Procter) as co-executive producer and playing the part of the paramedic.

Earlier, he was a camera operator for the comedic web series "Crash Pad" created by Lexerot Entertainment. His first foray into live-action filmmaking was through his role as executive producer, editor and cinematographer for the short, "In Your Prayers" (with the Ogden Film Group), based in Utah. He is also a producer for celebrity-laden films such as Kevin Sorbo's "Mythica" and "Survivor", Amy Jo Johnson's "Lines", and the pilot "Rock and a Hard Place" starring Jim Breuer.

He has trained with some of the best coaches such as Richard Hatch of "Battlestar Galactica" fame, Glenn Morshower from "Transformers", Larry Silverberg (leading Meisner coach), casting director Jeff Johnson, and the prolific producer, director and actor, Lance Williams. Cal received other types of training and experience, being a distinguished Veteran of Gulf War II, and also serving in the corporate Information Technology industry since 1996 to this day, serving in the federal government supporting the war-fighter.

Cal's interest in acting started out when he was very young, and along with his younger brother, they scripted and played out their own skits, comedy and otherwise. As big Star Trek fans, it was a way for Cal to start using his voice as a talent. He became a voice impressionist since his teens, performing accurate representations of William Shatner, Elvis Presley and other celebrities, but mostly known for his Bill Bixby and South Park's "Eric Cartman" sound-alike voices.

Most of Cal's acting career began as a background performer as well as commercial modeling, television commercials and promotional events. He has also delved into writing, with three WGA-registered scripts, "The Establishing / Corporate America", "Misdemeanor", and the short screenplay "Not My Brother", as well as his latest science fiction feature screenplay, "The Distant End", as well as writing the prolific award-wining "Day Zero" web TV series, which is listed in the book by former ABC researcher Vincent Terrace's "Internet Horror, Science Fiction and Fantasy Television Series, 1998-2013".

Cal had also been a major contributor to many brick-and-mortar sales due to his writings for The All Media Guide's All Game Guide, a website repository of previews, reviews and historical documentation of every video and computer game ever made.
Cal Nguyen
Owner
Altare Productions