“ Eric J Dalius is a proven Network Marketing Professional who has generated over $25 Million in commissions and bonuses for him and his team since 1990. You can keep up to date with his latest projects at Eric Dalius MLM Blog ” 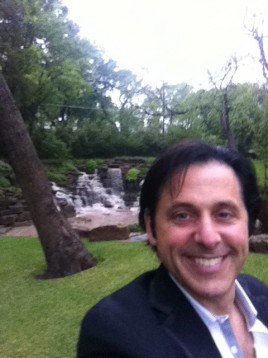 Eric J Dalius is a proven Network Marketing Professional who has generated over $25 Million in commissions and bonuses for him and his team since 1990. You can keep up to date with his latest projects at http://ericdalius.com

Eric Dalius has been a very active entrepreneur since the fall of 1988 while enrolled at Dickinson College, and playing NCAA College Football. At Dickinson College during his spare time I would enroll, subscribe, and test just about any home based business opportunity that came my way. After transferring to Penn State Lehigh Valley (formerly Penn State Allentown) I then became a distributor with Nutrition Express Corporation, a nutritional company, utilizing the power of network marketing and remained active until my graduation in 1992 from Penn State in University Park with a Bachelor’s Degree in Marketing. After a 2 year stint in corporate America with MCI Telecommunications, a Fortune 50 company at the time, and becoming the number one sales rep in my sales category out of a total of 35,000 employees I resigned in 1994 to pursue his entrepreneur spirit on a full time basis. He has not looked back since.

Then in 1994 he immediately recognized that the telecom industry was on fire. After joining the network marketing company that was featured on the NBC hit show Celebrity Apprentice, American Communications Network (ACN) as an independent representative I saw an opportunity to capitalize on the success of the “Penny per minute” calling card promotion. Later I became a top promoter for Telecom Solutions utilizing this promotion. Within my first 90 days I experienced a fast start with nearly 5000 customers signing up and generating over $500,000.00 in revenue. Due to supplier issues the company discontinued their operations. The lesson he learned from this experience is that with a network marketing business model coupled with a hot promotion the company can experience exponential growth very quickly and you need to have suppliers that have the flexibility, experience, and adaptivity to handle a quick change in direction.

Throughout the rest of the 1990’s and early 2000’s he marketed various different kinds of product and services generating well over $2,000,000.00 in combined revenues with both start up and established companies including Melaleuca, Vision Communications, New Generation Marketing, Nutrition For Life, US Marketing, LifeTronix, International Marketing Concepts, PrePaid Legal, Cellphone Marketing, PriceNetUSA, and Excel Telecommunications. During this time period he fined tuned his entrepreneur skills in the network marketing arena.

Then in 2002 after over a decade of “on the job” experiences behind him he started to promote Gas Up USA that exploded onto the network marketing scene with a streamlined online membership coupled with an exciting and compelling promotion. Gas Up USA skyrocketed to success with nearly 75,000 customers in less than 6 months while generating nearly $10,000,000.00 in revenues. His team including top reps Joe Reid and Bev Drewery were paid over ...............you can read rest on his blog at http://ericdalius.com
Eric J. Dalius
Master Affiliate
Network Marketing Professional
Eric J Dalius