Find Me a Writer

“ Lois Larimore is a professional content writer who blogs and writes press releases for more than 200 companies and continues to come up with new ideas for TV shows . Lois can write unique articles about anything and everything from camping to plumbing. ” 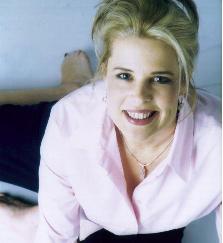 Lois Larimore got her start at an early age with classical voice lessons and dramatic training later performing in high school and college productions. While attending acting school in Los Angeles Lois sang telegrams to the stars. Appearing on the game show All Star Blitz Lois won $20,000 enabling her to move to Australia to be with her parents who had moved there a few years earlier.

It was in Australia that her career finally started to take off. She performed in over 200 commercials, including spots for Toyota, Hungry Jacks and Fosters Beer. She also appeared in extensive television, magazine, and billboard advertisements. She was known as Australia's "Close-up Girl,” and had leading parts in many Australian made feature films featuring Elliott Gould, Julian McMahon and Christopher Atkins. What followed were features in several Mini-Series such as Shadow of the Cobra with Art Malik and Rachael Ward, The Punisher with Dolph Lungren, Frankie’s House, Bangkok Hilton and The Challenge. A trained classical singer, Lois put out a pop single in the 90’s entitled ,"It's in his Kiss."

Suffering from a back injury while working as a live presenter for the Warner Brothers Studios Special Effects Show in Australia, Lois used her creativity and show business background to orchestrate an interactive journal of sorts. It was here that she began her career as a conceptualizer. She began to create, write, and eventually star in her own television production, New Age of Aquarius. As host, creator, writer and producer NAOA was co-produced with Channel 7 Australia and was an instant hit.

Lois returned to the US eventually finding a home with Wisdom Television.. Lois was ahead of her time and leading the world in quality, alternative television production.

Age of e with Lois Larimore was the next evolution in Lois' walk and talk television experience. As Executive Producer, creator and host she co-produced with Wisdom Television, Vision TV Canada, and WinStar Distribution. The series explores modalities, therapies, and practitioners through Lois' unique, interactive format.

Always ahead of her time, Lois began writing content for websites in 1999. She has a knack for bringing people to her sites and keeping them there. “Cross branding and social media are the way of the future in today’s marketplace, and it really is the only way to get your name out there.
Lois Larimore
CEO
Writing
Find Me a Writer