“ Steven Ladd is co-founder and President of Primacea, the first organization dedicated to serving the best interests of physicians and hospitals who advance medicine in collaboration with industry. ” 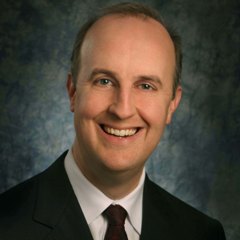 Steven Ladd is a serial entrepreneur with more than 25 years experience reinventing business and technology systems to simplify operations, save labor and improve user experiences.
In 2009, Steven was named one of the Top 100 Most Influential People in Accounting for his work as founder and CEO of Copanion, Inc., which saves CPAs time by automating the preparation of tax returns from scanned paper documents over the Internet. He raised $20 million in equity capital, filed 18 patents and gained the American Institute of Certified Public Accountants endorsement of Copanion's software as the accounting profession's standard for the tax preparation process. Much of his time was spent mastering federal and state laws and regulations, the Internal Revenue Code, privacy requirements, licensing board rulings, and the ethics codes of professional societies. When presented with the issues being faced by physicians, Steven believed that certain systems could be developed to protect physicians as they engage in these critically important collaborations.
Steven founded InterChip Systems, Inc., an electronics business that developed miniaturized products for the medical, computer and aerospace industries, and led the company through its acquisition by Honeywell in 1998. Previously, he invented the world's first missless cache memory system and managed sales, marketing, manufacturing and engineering teams for technology businesses in Silicon Valley.
Steven earned BS and MS degrees in electrical engineering and computer science at MIT, where he developed and commercialized speech recognition technology with General Electric as a National Science Foundation Graduate Research Fellow.